ALIYAH. A NEW FLIGHT LEAVES TODAY WITH OLIM FROM ARGENTINA TO ISRAEL

Itongadol.- In the midst of the coronavirus pandemic and despite the closure of borders around the world, a group of 60 olim (immigrants) will leave tomorrow from Argentina to Israel.

«Everything is in place for today’s flight (Tuesday) of (more than 40) olim (immigrants) and toshabim jozrim (returning residents), in coordination with the Jewish Agency and the (Israeli) Consulate, which will be arriving on (Wednesday) 15th and will have to carry out the obligatory 14-day isolation; most of them will do so in hotels arranged by the State of Israel, some in coordinated homes before traveling,» said Leo Naidorf, representative of the Keren Leyedidut in Argentina, to ItonGadol.

«There are many young people who are going to do an Ulpan Kibbutz, others will do the same in other cities and there are also families; people are showing all the time their emotion to arrive at this moment when it is possible, with all the difficulties it entails», he pointed out.

«What is remarkable is that we have been doing (meetings for) Zoom and Whatsapp groups and there is a great spirit of solidarity among all: they help each other with the paperwork, documentation and last minute things,» added Naidorf.

Seventy percent of olim who will travel tomorrow will do so through the Keren Leyedidut, in coordination with the Jewish Agency. «Keren Leyedidut, besides helping with the tickets, offers the possibility of carrying three bags per person, which in a context of moving from one country to another is very important, and we are giving an additional economic aid besides the State of Israel assistance. In addition, we are providing pre- and post-travel advice. And in the case of people who have been living outside Israel for more than 10 years, the aid they receive from Keren Leyedidut is the only one they have. So it becomes doubly important,» Naidorf explained. 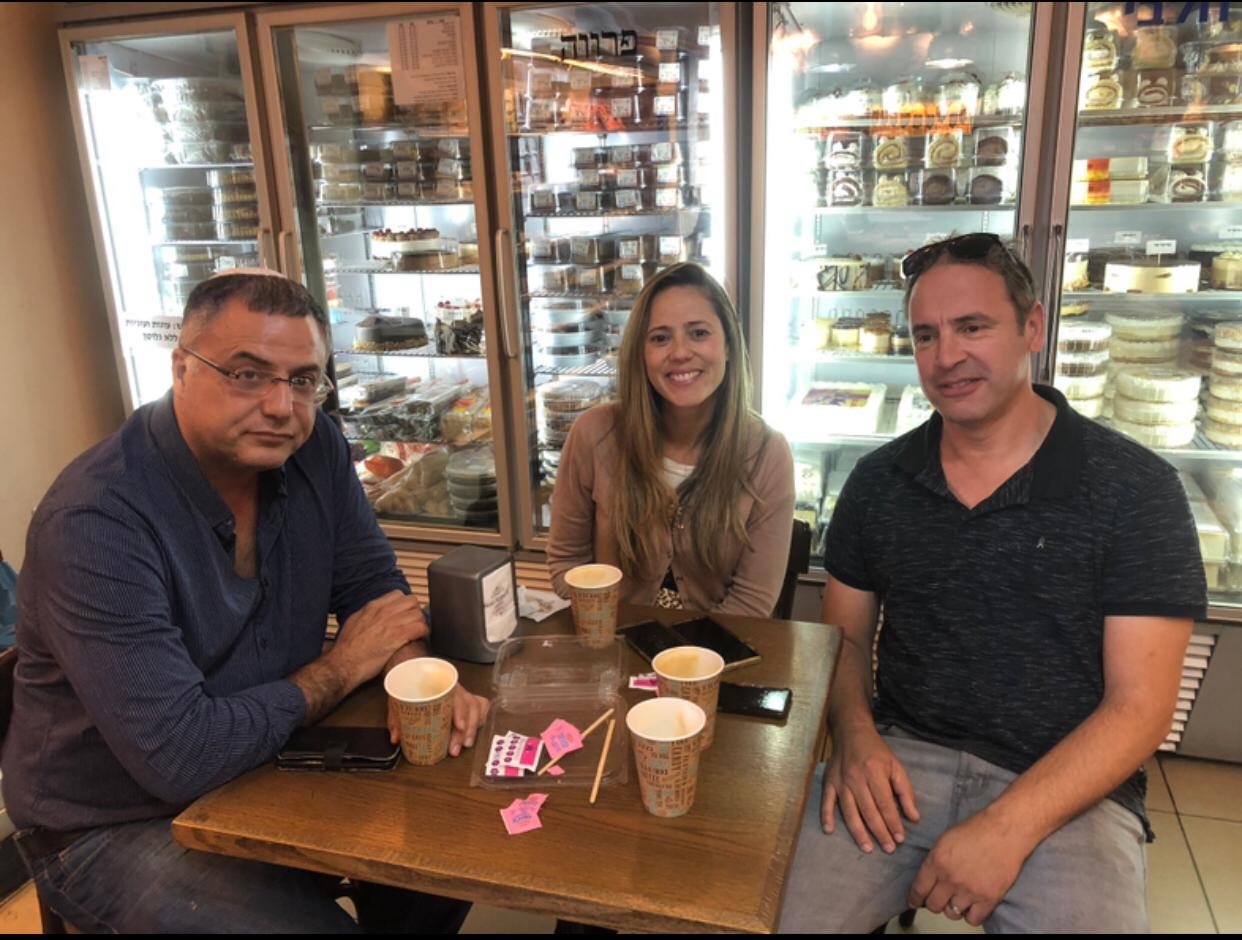 Benny Hadad, director of Aliyah and Absorption of Keren Leyedidut, said to ItonGadol: «It is important to know that Keren Leyedidut understands that in this era of the coronavirus the immigrants are more in need of two things: one is information and the other is material help. Keren Leyedidut tries to give as much information as possible and has given material assistance that has not given in the past, taking into account the special situation of the pandemic».

Eliahu Hamra, president of the Federation of Jewish Communities of the Argentine Republic (Vaad Hakehilot), spoke with ItonGadol on behalf of AMIA about the work done by the institution detecting families who had economic difficulties and presenting Israel as an alternative in the midst of the pandemic.

«These trips were born by an initiative from AMIA, through Vaad Hakehilot, after detecting several families looking for an opportunity in Israel. It’s a job we’ve been doing the last few months accompanying these families with the appropiate information and helping to organize them on flights to Israel,» explained.

The trip of Aerolineas Argentinas that could not be

Faced with this problem, AMIA proposed an historic direct flight arranged by Aerolíneas Argentinas to Israel. The initiative had diplomatic backing to be carried out, but was finally postponed because the flight had to leave and return full, and this wasn’t possible.

«We came up with the idea of organizing a direct Aerolineas Argentinas flight to Israel, just as one from El Al arrived here. It was going to be a historical flight, because, for example, Alberto Fernandez’s last visit to Israel was an Alitalia plane. We reached the Israeli embassy in Buenos Aires, the Argentine embassy in Israel, and we worked together to make this initiative successful. We also contacted the Jewish Agency and Keren Leyedidut to add people to this flight. Ambassador Sergio Urribarri worked very hard for this to happen and got the endorsement of the Ministry of Foreign Affairs. AMIA sent a letter to Aerolineas Argentinas and there too the idea was seen with good eyes», Hamra pointed out.

The trip was going to be direct, with a technical stopover in Madrid, and would have arrived in Tel Aviv. But in the end, it couldn’t happen because the Argentines stranded in Israel and the Israelis who had to travel to Argentina didn’t want to take the flight because of the pandemic situation. «They heard that here the quarantine was still going on and the situation of the pandemic was getting worse, so they preferred to stay in Israel and postpone the trip. The slaughterers who had to arrive did not want to leave their families for fear of the coronavirus, because the situation in Israel is also complicated. New slaughterers were going to be added and others were coming to replace those who are here. The flight was not full on the way back, so this trip by Aerolíneas Argentinas was not justified,» Hamra added. But the initiative to have an Aerolineas Argentinas flight arriving in Israel was left to the authorities of both countries and will most likely be carried out on another occasion.

«The second plan was to reserve places for the olim who were about to travel on two flights this month. 100 seats were reserved, 60 on today’s flight and 40 on the next. The olim, some Israeli families who have been here since the beginning of the pandemic, and some Argentines who need to travel to Israel, are going to travel. In addition, part of the team from Sergio Urribarri’s diplomatic mission will travel as well,» he concluded.