Ronen arrives at Argentina taking the charge of former Ambassador Ilan Sztulman, who asume his charge in july of 2016.

In an interview this Monday with the newspaper “La Nación”, Ronen said that is his duty to “improve relations between Argentina and Israel”. 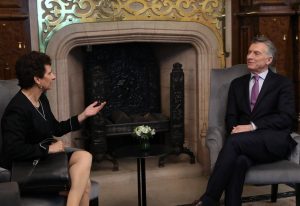