With Mike Pompeo and Jorge Faurie´s presence, the AMIA bombing victims were remembered at AMIA

Itongadol.- Within the framework of the Hemispheric Ministerial Conference on the Fight against Terrorism, a tribute was paid on Friday at the AMIA headquarters to the victims of the attack of July 18, 1994, whose speakers were the Secretary of State of the United States government, Mike Pompeo; the Minister of Foreign Affairs and Worship of Argentina, Jorge Faurie; and the President of AMIA, Ariel Eichbaum.

The ceremony included the presence of the foreign ministers, ministers and high dignitaries of the countries of the American continent that since yesterday have been participating in Buenos Aires in the Second Hemispheric Ministerial Conference on the Fight against Terrorism.

The homage began with the music of pianist and composer Leo Sujatovich, then Pompeo, Faurie and Eichbaum lit a candle next to the memorial that recalls the names of each of the 85 fatal victims of the terrorist attack. The monument, by Israeli artist Yaacov Agam, is located in the dry square of the institution, at Pasteur 633, and represents the AMIAS’ commitment to memory and the demand for justice.

During his speech, AMIA´s president Ariel Eichbaum stressed the importance of the tribute made in the context of the 25 years of the terrorist attack: «It is a true honor and it is very significant for us to welcome you today, and the fact that this homage is carried out within the framework of the Summit that is taking place in Buenos Aires».

He also recalled Iran and Hezbollah´s responsability in the attack perpetrated in 1994, something that was proven repeatedly by the Argentine justice system. Referring to Interpol’s endorsement of the international arrest warrants against the accused, and the validity of the red flags, Eichbaum emphasized: «Today I ask the foreign ministers and dignitaries present here. The entire international community has to understand that these people are wanted by the Argentine justice system to account for the crime they have committed. We urgently need the support of all, of each of the countries of the world. Otherwise they will continue to mock and evade the red flags, and we will not have justice».

«Hezbollah is a terrorist organization fully active in several countries on our continent. Its networks have extended to various illicit activities, that are aimed to raising money for its terrorist campaigns. That is why we consider it appropriate, important and fundamental that a concrete step is taken in the fight against terrorism in the region, with the decree that President Mauricio Macri signed a few hours ago for the creation of a Registry of Terrorist Persons and Organizations where Hezbollah has already been included It is imperative that our neighboring countries and brothers do the same», he added.

In turn, the Secretary of State of the U.S. government, Mike Pompeo, especially thanked Eichbaum for receiving him at the AMIA headquarters and highlighted the institution´s struggle in seeking justice these 25 years. Then he recalled the 85 fatal victims who were killed «by the hands of Hezbollah terrorism, in a planned attack by the Islamic regime of Iran, with the logistical assistance of the Revolutionary Guard».

«It was not the first time that Hezbollah attacked in Argentina», he said, remembering the terrorist attack perpetrated on March 17, 1992, on the Israeli embassy in our country, in which 29 people were killed. «These attacks must remind us that terrorism is not a hypothetical threat,» he expressed.

Chancellor Jorge Faurie later stressed the importance of «keeping alive the memory of the victims, their pain, their families, and all the people who were attacked. Demanding justice, we continue working tirelessly so that one day we can achieve it,» he said.

Faurie also referred to the recently announced measures in the fight against terrorism; «These days we have taken internal administrative measures of great relevance. Yesterday was a national mourning throughout Argentina, we reviewed the compensation system we had AMIA´s victims and, most importantly, we witnessed the decree that identifies people linked to terrorism and monitors its funds.

«Our commitment always goes a little further, because anti-Semitism does not always translate into terrorism. Antisemitism is the seed of hatred that generates violence, so we have to work to eradicate it, combat it and do it with absolute tenacity», he indicated. 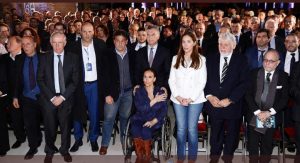 In homage to the fatal victims of the AMIA attack, the participants of the Hemispheric Summit signed a joint statement that was transcribed into the AMIA «Visitors’ Book», a book that was rescued from the rubble of the former Pasteur 633 building, days after the attack perpetrated by terrorism. After speeches by the three speakers, foreign ministers, ministers, dignitaries, the Secretary of the Inter-American Committee against Terrorism of the OAS signed the Declaration against Terrorism.

The undersigned, representing the countries participating in the Hemispheric Ministerial Conference to Combat Terrorism, which is taking place in the City of Buenos Aires on this day, pay tribute to the victims of the Attack on the Argentine Israelite Mutual Association (AMIA), which occurred on July 18, 1994.

We also reaffirm our repudiation of terrorism in all its forms, while maintaining our commitment to strengthen cooperation among our countries to effectively confront this scourge and help build a future of peace for all. 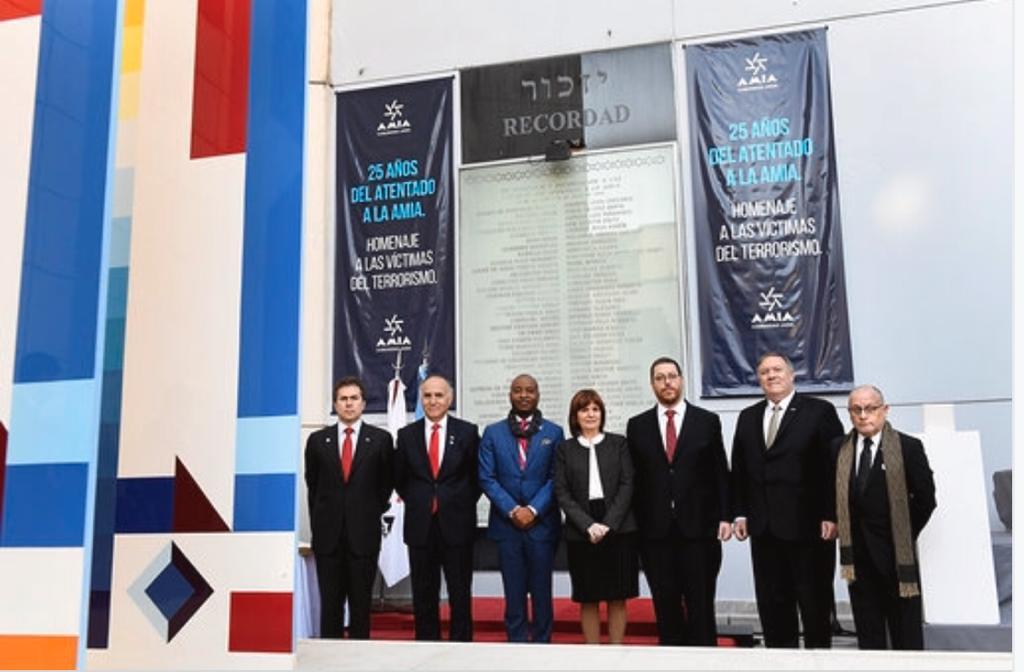 EGIPTO INSTA A HAMAS A NO ATACAR A...